Web Axe author Dennis Lembree presented (virtually via Skype) at the Boston Accessibility (Un)Conference, September 15, 2012. He presented a session titled “How To Build An Accessible Web Application” which is packed with great accessibility tips for web developers and web designers. Examples from the web-accessible Easy Chirp application are included. Special thanks to John Rochford (@ClearHelper), Char James-Tanny (@CharJTF) and Ben Amankwata for organizing and logistics.

How To Build An Accessible Web Application – a11yBos from Web Axe

Next month, Dennis will be speaking at Accessibility Camp LA. 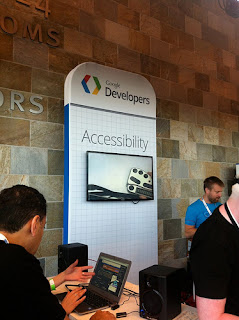